The Age of Social Networking

Social networking sites, like MySpace and Facebook, which began as way to connect with other people, find old friends, and share photos, have grown significantly over the last five years. Today, they are much more than just a way to stay connected- they are a way to advertise and do business all around the world. With upwards of 50 million users, Facebook has been consistently growing since 2005, making it one the most popular places to advertise. Moreover, with roughly 60% of facebookers located outside of the US, Facebook has become a powerful channel for international growth and entering global markets.  With so much time and money being spent on social networking it is no wonder why so many businesses are focusing their efforts on creating company profiles and building their social networks.

Challenging MySpace and Facebook, is LinkedIn, which takes a more professional networking approach, allowing individuals to post job experience, look for work, form professional groups and get introduced to contacts of their contacts.  Another important player in the social networking arena is Twitter, which is rapidly growing in popularity as it allows people and businesses the ability to post short messages and links quickly and easily throughout the day.

What's more interesting about social networking as a whole is the ability to pick and choose which groups to join, what to become a fan of, who to follow and who to connect to as it provides you with direct access to information and news that you are most concerned about. Twitter provides an excellent example of this as many people include external links in their posts to relevant or interesting information. Typically clicking through the links of those you are following on Twitter puts you in touch with the news stories, blogs, and information that you care most about. What's more intriguing is the number of people who live day-to-day "re-tweeting" or blogging these updates and articles on other social networking sites. Before you know it, a simple post has traveled all around the world. 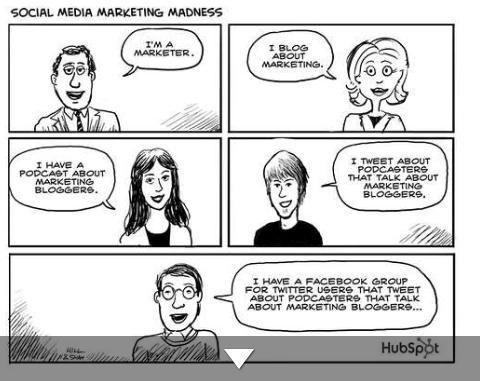 In the growing age of social media and how we network with others we are also changing the way we learn and expand our day to day knowledge. It is becoming less and less about newspapers and magazines and more about the links, news, updates, and events that are being posted on Facebook, MySpace, Twitter, and LinkedIn.

From a business stand point, with social networking sites you have the ability to stay informed on current process improvment efforts and initiatives of your customers and partners, and vice versa. It provides a strong channel of communication for:

Over the last couple of months Ultimus has been using social networking sites to invite customers, prospects, and partners to featured webcast events and to share a wealth of industry information and materials. The ability to exhange knowledge with users worldwide has never been easier or more effective. Social networking makes staying in touch, whether with friends, family, customers, or partners seamless and simple. Adding to the realm of social networking, here are a few interesting sites:

Be sure to check Ultimus out on the web as well: