Show me the proof! 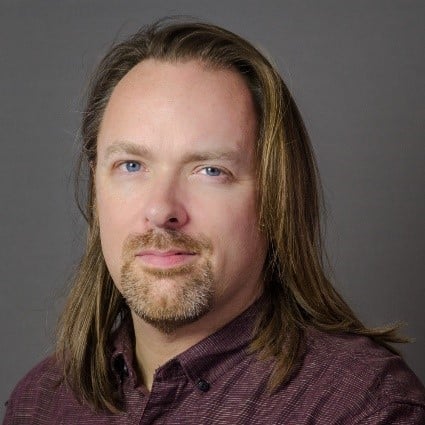 Blockchain anchoring provides ‘proofs of existence’ which can be used by participants in business processes that cross enterprise boundaries when output data (e.g. decisions, documents, or even whole databases) needs to be verified against its representation in a state recorded at a previous point in time, to prove authenticity.

There are many of emerging use cases for blockchain in enterprise settings. MWD Advisors is tracking a number of ‘blockchain for business’ proof-of concept initiatives, with much of the action centering around the simplification of cross-border payments, smart contract automation (with business rules executing on-chain autonomous applications), and blockchain-enabled digital identities facilitating borderless access to information and services (to name but three).

However another use case example, perhaps much closer to more traditional business process automation, is the use of public blockchains as trust anchors. This is where the output of a process (be that a decision, a document, or a whole database state captured at a specific point in time) is cryptographically hashed to generate a ‘digital fingerprint’ which is then encoded onto a chain as a timestamped, immutable, and accessible proof of existence. Any party in the process transaction (or an auditor) can then refer to this proof (also called “anchoring receipt”) at a future point in time in order to verify (independently of their creator) whether or not the recorded decision, document or database they’re being presented with does indeed match up with the version captured and hashed onto the chain on the earlier occasion.

Theoretically the data output from a business process stage could itself be written directly onto the chain (rather than storing a hash value of the data), but this becomes impractically expensive – in terms of blockchain commitment costs and time – as the size of the data increases. Therefore, the concept of anchoring with a digital fingerprint has become an accepted mechanism for committing the proof of existence of the data to the chain instead. 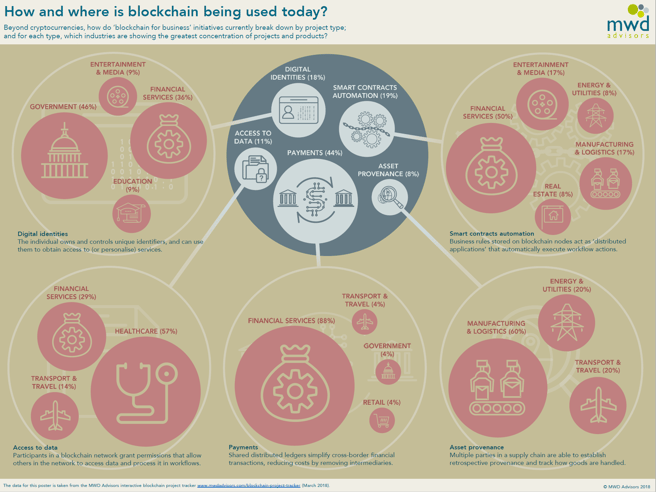 Why anchor to a public blockchain?

It’s particularly useful in scenarios where business processes extend outside the enterprise (amongst suppliers, partners, customers, or to instrumented IoT devices), into an environment where there’s less trust and fewer business relationship constructs upon which to fall back upon. In situations where you’re not yet necessarily looking to integrate and automate cross-boundary processes via blockchain smart contracts (something which may require more exploration and partner buy-in than you’re able or prepared to do; or which you have investigated, but concluded isn’t a good fit at present), it’s still very useful to be able to make available an immutable proof of the execution and output of a process. Blockchain anchors provide a means to do this, enabling relevant parties to verify freely using open source tools (even if the hash incurred proof-of-work costs for the owner / originator of the decision, document, database, etc. in order for it to be encoded on the chain).

The act of digitally fingerprinting a process output and then depositing this onto a public blockchain is a two-part process. Firstly the output is hashed to generate the cryptographic proof-of-existence value; then that value is collected up into a block to be written to the chain (typically the Bitcoin public blockchain, or Ethereum). Whilst the party creating and committing the proof to the chain will incur a cost (in Bitcoin or Ethereum gas), open source tools exist that enable the proof to be verified (against a presenting copy of process output concerned) for free. The procedure is often deployed in tandem with the incorporation of a digital signature. The latter is used to prove who signed something; the former is used to prove what they signed, and when they signed it.

Together, this all enables businesses to blockchain-enable their process applications to provide a secure and authenticated view of transactions – proving that ‘something happened’ as a result of a process stage being executed – and thereby increasing the integrity of the overall solution as it’s deployed across enterprise boundaries (where there may not necessarily be sufficient trust amongst the participants to assure and believe asserted states of data otherwise – if either a dispute arises, or if a transaction is audited).

When to use a public blockchain trust anchor

Any business process where there is an exchange of value between parties will produce some form of ‘receipt’ that the transaction concluded to everyone’s satisfaction (for example, the sale and registration of land, sale or lease of high value goods like cars or aeroplanes, or the transfer of intangible rights, say). Whilst a digital signature alone will prove who has signed a document, colluding parties could subsequently draw up fraudulent copies. The digital fingerprint of the original, however, can be used to validate claims of authenticity.

For instance, in the education sector hashes could be coded onto a public blockchain to represent degree certificates, school diplomas, accreditation of any prior learning and attainment. Subsequent institutions party to the journey of a lifelong learner looking to check an enrolling student’s credentials, or employers seeing to authenticate the qualifications they present with, could refer to the blockchain hash to verify if a document they were being asked to consider was indeed bone fide. Legal contracts could be subjected to similar verification checks, to determine their authenticity in cases of dispute. Banking or insurance auditors could scrutinise the records of financial transactions to assure themselves of the accuracy of the data they’re being presented with, and audit the documentary evidence of decisions that led to any actions under investigation.

The added security and assurances provided by anchoring process outputs to a public blockchain aren’t always strictly necessary when there are other business relationships to fall back on, in order to maintain a working environment of trust. However, as the enterprise boundary becomes semi-permeable, and processes span multiple parties (suppliers, partners, customers, auditors, etc.) end-to-end, organisations can no longer rely on traditional methods alone to ensure the authenticity of the process outputs; it may no longer by possible or desirable to entrust all such evidence to a central authority, or cost-effective to have them held under escrow by a trusted third party (even if there is one that fits the bill for all concerned).

In such circumstances, therefore, new approaches are necessary to permit the widening of the process zone. It doesn’t necessarily widen an environment of trust to encompass all the elements of an extended enterprise, but it will enable all parties to operate effectively with the levels of trust available to them.

MWD Advisors is the industry research and advisory services firm behind The Advisor. Our core focus is how digital technologies are changing the ways that organisations and people get work done. As well as providing clients with subscription access to our industry and technology research, we also provide a variety of training and consulting services.

We’ve been in business since 2005 and we’re based in the UK, but our research scope and consulting base is international. We currently have around 7,000 members of our subscriber community – from across financial services, retail, utilities, government, telecoms, travel and transport, healthcare and high-tech sectors. Craig Wentworth is a Principal Analyst, focused on blockchain and IoT, cloud content collaboration platforms, applied AI/machine learning in content management, and more. Craig brings broad ranging IT industry experience to the MWD research team. Formally Director of Organisation and User Innovation at Jisc, he spent eight years advising higher education establishments on the cultural adoption of technology services and the effects of disruptive technologies. Craig’s areas of expertise include: the evolution of content collaboration platforms; AI and machine learning in Enterprise Content Management; the nexus of content, process and case; cloud migration strategies; and applying IoT to business problems. You can follow Craig on Twitter as @craigwentworth